For Colleges, Small Cutbacks Are Adding Up to Big Savings - NYTimes.com

For Colleges, Small Cutbacks Are Adding Up to Big Savings - NYTimes.com: "s for living on a budget.

Campus life is getting a bit dirtier as housekeeping standards are relaxed. Oberlin College in Ohio saved $22,300 by scaling back on window washing, and Pitzer College in Claremont, Calif., is power washing its sidewalks and windows once a year instead of twice. Carleton College in Northfield, Minn., is having office trash picked up weekly instead of daily, a change that eliminated three custodian jobs.

Please don't increase my course load! But I don't care if they never empty my wastebaskets. Puleeze! Put a trash barrel in the hall once a week and we'll just empty our own trash baskets. What I'm not sure I like is the elimination of those three custodian positions.
Posted by Unknown at 11:21 PM 116 comments: 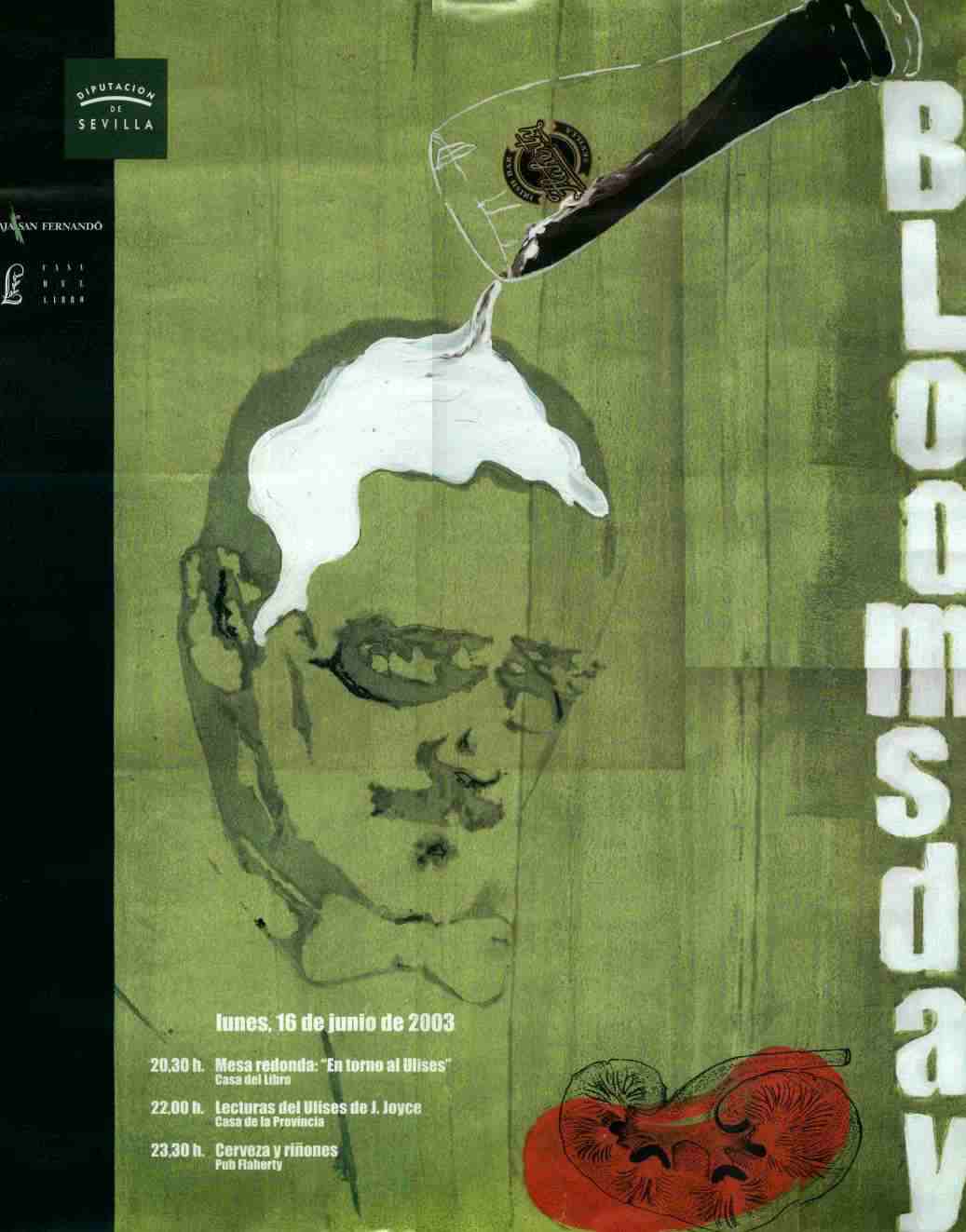 Op-Ed Contributor - But Always Meeting Ourselves - NYTimes.com
Posted by Unknown at 12:15 PM 1 comment:

Editorial - Neither Real Nor Free - NYTimes.com

Editorial - Neither Real Nor Free - NYTimes.com:

Although a runoff was widely expected between the two top vote-getters, the polls had barely closed before authorities declared victory for the hard-line president, Mahmoud Ahmadinejad. And it was a landslide: 62.6 percent versus just less than 34 percent for the main challenger, Mir Hussein Moussavi.

I followed this election pretty closely and this is a real bummer. And in the end, if Ahmadinejad got significant support it's our fault. US policies during the Bush years gave every tin pot dictator, theocrat and warlord from Teheran to Timbuktu free hand to play the anti-neocolonialist card. Everyone recognized that Bush's talk about freedom meant nothing more or less than US domination and that his crusade to liberate Iraq was intended to install a friendly puppet who would supply the US with cheap oil. It's hardly a surprise that most of the world doesn't distinguish between westernization and economic/political domination by the West, in particular by the US.

I'm really depressed that by all accounts the opposition movement is likely to fizzle. I pray that they have a civil war, their own civil war without US interference.
Posted by Unknown at 9:57 PM 3 comments: A reader using the Web alias “Iranian Voter” reminds us that the repeated warnings from Iran’s intelligence service that opposition movements in favor of reform in Iran are nothing more than foreign government plots are believed by some Iranians:

"Color revolutions were masterminded by the West to turn former Soviet states into western satellite states, thus encircling Russia with hostile pro-Western states. Iran is of course the missing gap, the vulnerable underbelly of Russia. Yet, is that all you westerners conceive of us, your stooges? You have not learned the historical lessons then. A few days before the election the Moussavi camp turned green, made human chain, simulated 1978 street clashes, their puppet masters at CIA headquarters & MI6 in rapture. Soft green-colored coup turned to be a putsch and a grief to its organizers."

I do hope--and believe--that the US will have the good sense to stay out of this one.

Personally I've never understood why anyone cares one way or the other about being the "stooge" of a foreign power or some other alien group. But there are clearly a significant number of people who prefer to live in shit so long as it's their own shit.

It's hardly peculiar to Iran. We've been fighting this culture war in the US for over 30 years now: the war between the educated urban upper middle class and the lower classes--working class urban white ethnics and and rural rednecks. And we've finally won. Interestingly, Ahmadinejad had support for the same demographic that voted, against their material interests, for Republicans in the US for the past 30 years: the urban lower classes and the pious rural poor. The matter with Iran is the same thing that's the matter with Kansas: a large body of resentful peasants and proles who would rather sacrifice material well-being and live in their own shit than be "stooges" of the educated, urban-coastal upper middle class--the lawyers and liberal politicians, college professors and journalists or, in Iranian terms, "the West."

Marx got it right and wrong. He was right in recognizing that the one really significant international conflict was class war. He was however wrong in thinking that it was a war between the peasants and proles on the one side and the capitalists on the other and, even more importantly, that the peasants and proles were the good guys. It was a natural mistake because he couldn't have anticipated the significance of "knowledge workers" in the 20th century and beyond. He saw "intellectuals" as a small, peripheral minority, potentially allied with the proles and peasants. He certainly never imagined that the proles and peasants would ally themselves with the capitalists against a large and growing professional intelligensia. Adam Smith writing a couple of generations earlier didn't even know what to make of educated professionals like doctors and opera singers--upper middle class professionals just didn't fit into his system.

It's a pity that we who lived through the Revolution ignored what Marx got right but picked up what he got wrong. Out of a laudible intent to stick up for the underdog we gave the proles and peasants a free pass. They were religious bigots--excusable, just a feature of their culture. They were crude, tasteless and ignorant--a mark in their favor: they weren't hypocritical or pretentious. The men were brutal, sexist and beat women up--no problem: women's rights could wait. I say "we" however in the generic sense for which there is no equivalent in American English. I was furious about my fellow student radicals who admired the working class, valorized their "culture" and the cultures of non-western peoples. I knew what these people were like at first hand and loathed them.

But returning to the Iranian elections, I'm reminded of own stolen election in 2000. As a thought-experiment imagine that after all the dirty tricks and the selection of George W. Bush by a Supreme Court packed with his supporters, some foreign power like the EU had intervened. Personally I'd have been delighted, but I suspect most Americans, obsessed with notions of national pride and the avoidance of stoogery, wouldn't have liked it one bit. I would love to be a colony of the EU because all I've ever wanted politically is a social democratic welfare state and I don't care who runs it: I couldn't care less about sovreignty, independence or national pride and being a colony wouldn't bother me in the least.

But most people don't feel that way, either in the US or in Iran. So I hope, and optimistically, expect that the US will bud out. This is their culture war, not ours, even if it is part of the larger global culture war between the educated upper middle class and the masses.

And we will surely win that culture war--not we Americans but we the global educated upper middle class, allied with the liberal populations of affluent countries and educated elites throught the world against the proles and peasants in the US and abroad. When things get too bad for the masses, as they did when the US economy collapsed last fall, they will decide that they would rather throw in their lot with the lawyers, college professors, journalists and urban-coastal yuppies than sink in their own shit. That's how Obama got in. But even more interestingly and importantly, when things get better for the masses they, or at least their children, will become us.
Posted by Unknown at 5:10 PM 5 comments:

Whether born from experience or inherent physiological or cultural differences...our gender and national origins may and will make a difference in our judging. Justice [Sandra Day] O'Connor has often been cited as saying that a wise old man and wise old woman will reach the same conclusion in deciding cases. I am not so sure....that I agree with the statement. First, as Professor Martha Minnow has noted, there can never be a universal definition of wise. Second, I would hope that a wise Latina woman with the richness of her experiences would more often than not reach a better conclusion than a white male who hasn't lived that life.

Why did someone as smart as Sonia Sotomayor say such a dumb thing? Because until recently these were the dumb things you were supposed to say without thinking--conventional feel-good lines about the importance of diversity. They were throw-aways, like "How are you?" (please don't tell me)--political pick-up lines.

Back in the old days "What's your sign?" was a conventional conversation starter--polite social discourse in mixed company. You weren't expected to take astrology seriously, but you certainly weren't supposed to dispute it. It was part of the soothing background noise that filled otherwise embarrassing silences--cultural muzak. You expected it to be there, but you weren't supposed to listen to it much less criticize it as if it were real music.

By the latter part of the 20th century, identity politics was cultural muzak: padding for committee reports and the stuff of mission statements. No one took it seriously until Rev. Wright, during his 15 minutes of fame, announced that black and white children thought with different parts of their brains. Then Americans discovered they didn't like it one bit.

There was however a legal angle. The Bakke ruling made it illegal to use affirmative action as a remedy for societal discrimination. There were very good reasons for affirmative action, most particularly, as a mechanism for leveling the playing field where implicit bias and outright discrimination still put women and minorities at a disadvantage. To be safe though, and to stay within the constraints of the law, advocates of affirmative action policies had to pretend that the rationale was the promotion of "diversity." It was a Noble Lie.

In addition, the cultural myth that women and people of color had something special to contribute could be cited to make the case that it was in everyone's interest to desegregate schools, neighborhoods and places of employment. Women's gendered "management styles," employers were told, were good for business. Citizens were urged to recognize ethnic diversity as a social benefit, adding color, variety and cultural richness to their local schools and neighborhoods. Instead of appealing to altruistic motives, advocates of fairness pretended that desegregation was a matter of self-interest.

Noble Lies are eventually exposed. It always seemed to me that it would have been better to tell the truth in the first place. Women and members of ethnic minorities are disadvantaged by implicit bias, for which there is ample empirical evidence, and ongoing discrimination. Discimination in most cases is virtually impossible to prove, particularly since most is unintentional and innocent. As employers, educators and citizens we are not, for all our good will, gender- or color-blind. So for all practical purposes, gender- and color-conscious policies are currently the only feasible way to off-set the consequences of bias and, in the end, to achieve gender- and color-blindness.

But that's not the way politics, whether governmental or academic, works and why I'm no politician. Politicians have to play cultural muzak for the same reason that, in normal social settings, socially competent individuals have to make appropriate light conversation. "Hot enough for you?", "What's your sign?," "So, what do you think of the Padres this season?" I only learnt late in life that most people don't really want to do conversation most of the time, much less argue. For many, conversation is just background noise, an excuse for some other sort of non-intellectual personal contact (not necessarily sexual) that they enjoy.

Sotomayor was just making conversation and, in spite of conservative's attempts to inflate it, most Americans recognize that. Still, one hopes that given the lessons of the presidential campaign and Americans' professed repudiation of identity politics, we will stop making that particular kind of chit-chat.